Has Covid driven everyone crazy? Are relationships meant to last, and at what cost?

Through conversations and scenes of domestic bliss & drama, audiences were invited to witness their touching imperfections, quest for answers and inner reflections on love, freedom, commitment & life.

It is dusk at Notre Dame. Desperate Gargoyles lament and dream of escaping to a new life when the cathedral suddenly catches fire! As the evil & scheming Monseigneur Frollo embarks on a quest to find and punish the arsonist, an assortment of colourful characters (among them clumsy Quasimodo and strong-willed Esmeralda) will take the stage and join the investigation. A 20-minute musical to honour Victor Hugo’s work and this French icon that almost disappeared earlier in the year.

Half-French half-Australian, half-comedy half-musical! Another sold-out original production, Repeat after me followed Amy, a naive young Australian who embarks on a trip of self-discovery to France.

Our first 100% original production featured a Paris Metro station & a cast of 12 performers. It sold out its 7 nights at the Metro Arts theatre. 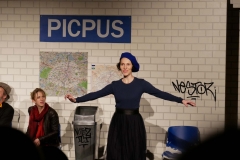 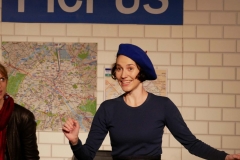 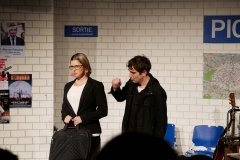 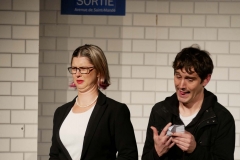 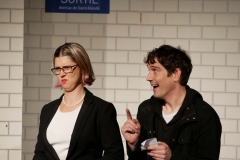 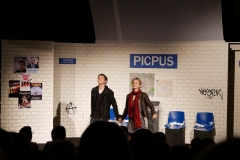 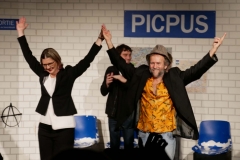 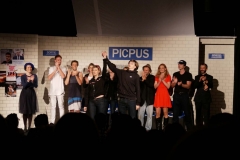 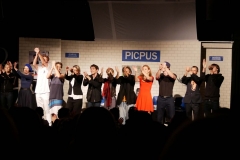 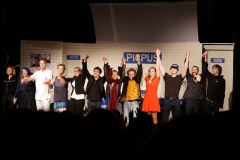 Our second and last production for the 2017 season was the outrageous feminist comedy Simone says (written by Corinne Berron, Helene Serres, Vanina Sicurani, Trinidad & Bonbon), produced for the first time in Australia. Six sold out shows at the iconic Metro Arts theatre in the CBD, during which our all-female cast delighted their audience with fast-paced banter and songs. 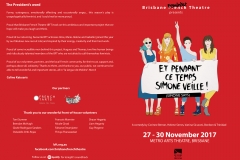 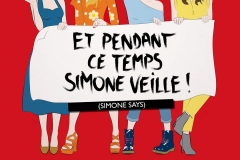 Our first production, “The Student & Mr Henri” (by Ivan Calberac), sold out and was very well received by audiences and critics alike.

no images were found

As a non-French speaker, I found it quite a novelty to see a play in a different language. The play was completely absorbing, the actors were wonderful, and I enjoyed it very much. I loved the atmosphere of the theatre too – it was quite surreal and delightful to hear so many French speakers in Kangaroo Point!

Touching, poignant and warm at times. It was produced by a skilled team of creatives and performed by four equally skilled actors and Henri was met with genuine applause by the end of the night.
Absolute Theatre

How delightful to see a play in French – so rare in Brisbane.

We had a fantastic night, merci.

The theatre was very nice and we could easily see everything. The sound was good and the play very funny. We had a very good time and we were impressed by the actors.

Brisbane French Theatre is a not for profit association incorporated in Queensland. ABN 24 979 395 412